Lead Story… Newton’s 3rd Law of Physics states that, for every action there is an equal and opposite reaction.  You will seldom find a more fitting example of this than the current US banking regulatory regime.  Leading up to the financial crisis, banking had been largely deregulated, allowing bankers to make risky bets by heavily leveraging their balance sheets.  We all know how that worked out when the Fed raised rates aggressively and the mortgage market tanked, sending many lending institutions to a premature death or bailout.  Fast forward to 2016 and the pendulum has swung – arguably too far.  From the WSJ:

The sobering reality of banking in 2016 is that lenders are awash in new regulations, and growing armies of rule-interpreters and enforcers—for good or ill—are bringing striking changes to banks’ internal cultures.

The 2010 Dodd-Frank law, passed in the wake of the financial crisis and designed to prevent another, is one of the most complex pieces of legislation ever. At more than 22,200 pages of rules, it is equivalent to roughly 15 copies of “War and Peace” and covers matters from how much capital banks must set aside to how they can advertise.

Those rules and others have spawned a regulatory apparatus that is the fastest-growing component of the financial sector, with banks hiring tens of thousands of new staff whose job is to keep their employers right with the new regime. Federal agencies have dispatched thousands of their own minders to set watch at banks.

The regulatory tightening has helped change the profile of a big bank in the postcrisis era. It now looks more like a utility, subject to complex rules about how it can do business and answering to government watchers whose careers depend on enforcing those rules with vigor.

“The regulatory environment is completely different than it was five years ago,” said Greg Imm, chief compliance officer at M&T Bank Corp. in Buffalo, N.Y., “and you can accept it and move on, or fight it and lose.”

In other words, there is a new sheriff in town and he goes by the title of Chief Compliance Officer.  This sort of regulatory apparatus is incredibly expensive to maintain and also has real world consequences when it comes to a reduction in both bank products being offered and lending activities.  More from the WSJ (emphasis mine):

The heightened regulatory environment led 46% of banks to pare back their offerings for loan accounts, deposit accounts or other services, according to an American Bankers Association survey of compliance officers last year.

It is also costly. The six largest U.S. banks by assets in 2013 together spent at least $70.2 billion that year on regulatory compliance, up from $34.7 billion in 2007, according to the most recent study by policy-analysis firm Federal Financial Analytics Inc., which said costs have continued to mount since then.

Wells Fargo & Co. Chief Executive John Stumpf in an interview with an industry group last year said “one of the real benefits of our regulatory system is a strong, well-capitalized transparent financial services industry.” Still, he said: “We need balance, and our nation’s leaders have to understand some of the unintended consequences of regulation, which ultimately hurt consumers.”

Bigger banks face on-site regulators sent by branches of the Federal Reserve, the Federal Deposit Insurance Corp. and the Office of the Comptroller of the Currency. More than a dozen other agencies regularly send staff to conduct exams or ask questions.

The dynamic can be maddening for all sides, with regulators, internal compliance executives and employees operating like rival tribes, according to interviews with more than three dozen current and former employees who have worked on these issues inside the country’s banks and regulatory agencies.

There is a lot more to the WSJ article linked above and it’s well worth the read.  I find myself very much in agreement with Wells CEO John Stumpf.  The regulatory structure needed to change post-crash but going from virtually unregulated mayhem to crippling lock down mode hardly seems productive for the economy as a whole.  We’ve felt the brunt of this in the development and construction lending space where many of the new regulations are focused.  It’s caused many banks to stop lending on development and/or construction altogether, regardless of how strong a project underwrites or how low the leverage.  The result is that the few bank lenders that remain in the space, especially on A&D deals are drinking out of a fire hose with an overwhelming amount of deal flow. A lot of very savvy bankers have had their hands tied and are unable to lend on projects with very little competition that can be financed with an incredibly conservative structure.  In the end, this overbearing regulatory structure has helped to keep the housing recovery muted by turning traditional capital structures used to finance development and construction on their head.  There has to be a more moderate answer than putting virtual handcuffs on the banks.

Cowllateral: Lending in China is such a hot mess that companies are bending over backwards to find creative new ways to borrow.  The latest version is the cow leaseback.

Storm Clouds: California has been booming for several years and it’s economy is still on fire.  However, a heavy reliance on capital gains and personal income taxes from high income residents means that revenues are volatile.  The state could be in for more budget trouble in the not-so-distant future even if the economy remains strong.

Pigging Out: Despite consumer de-leveraging after the Great Recession, US corporations are on an epic debt binge and warning flags are starting to pop up.

Turning on the Spigot: A major change is coming in the real estate market that could lead to billions of additional investment dollars going into real estate assets: Real Estate is getting its own S&P 500 sector.  The index currently has 10 sectors and historically real estate has been grouped in with the financials.  However, real estate is getting it’s own sector August 31st which will likely lead to net inflows as investors re-allocate their investment weightings.  From CNBC:

The reason for the expected money flow into real estate is twofold: First, professional portfolio managers who practice diversification now will have another sector to which to allocate. Real estate is likely to take up about 3 percent of the $17.8 trillion S&P 500 market cap, or about the same as the utilities and materials sectors.

Second, most portfolio managers are underweight financials and real estate already, increasing the probability of some shift particularly if the change gives the sector a boost.

Financials as a whole are off narrowly year to date though real estate was up about 2.2 percent as of Wednesday trading. The S&P 500 as a whole has gained 2.4 percent in price.

Most of this new capital will go into REITS and the investment bank inflow estimates range from $8B all the way to $100B.  This should provide a much-needed tailwind for the commercial real estate market for at least a period of time.

Luxury Logjam: There are a massive number of homes with asking prices of $100MM or more on the market, especially when put in context of the relatively small number of such homes that sell even during the best of times.  See Also: Demand for ultra-high-end luxury homes slows in LA.

Animal Spirits in the Real Estate Market: Every now and then I read something that explains the state of the market (at least near the coasts) perfectly.  This post about the residential market from Ben Carlson at A Wealth of Common Sense is one of those (emphasis mine):

Things are completely different this time around. It’s now a seller’s market. You start to hear stories about people selling their house without ever having to put it on the market or houses that go up for sale and get 40 offers in a week. Now people are talking about holding off putting their house on the market because they’re worried it will sell before they can find a new one to move into.

It’s amazing to me how just a few short years ago people assumed the real estate market would never come back while now things are back to normal or even better than ever in many areas. The difference this time around from the real estate bubble is that many people now assume these latest gains are illusory. They’re just waiting for the next real estate crash to hit. People are under the assumption that any gains in real estate, the economy or the markets must be artificial.

To me the real estate market is a perfect example of how emotions can move prices and drive people’s actions. When we recently met with our realtor to discuss listing our house and start looking at new homes for sale the first thing he said to us was to try not to get too emotional about the whole process, something that’s easier said than done.

Turf War: Selling ice cream on the streets on New York is a full contact sport where truck drivers carry baseball bats to defend their turf. An ice cream turf war would be sort of funny if people weren’t out there beating the shit out of each other.

Hero to Zero: Forbes has revised their net worth estimate for disgraced Theranos founder Elizabeth Holmes from $4.5b to $0 after the company’s top secret blood test technology proved to be unreliable at best.  The company was highly secretive with their “technology,” shunning peer reviews and didn’t get a single investment from a major biotech investor.  She’s basically become the biotech Bernie Madoff.

Caveat Emptor: For-profit colleges not only don’t help their students advance their careers, they often leave them worse off than they would have been had they never attended at all. 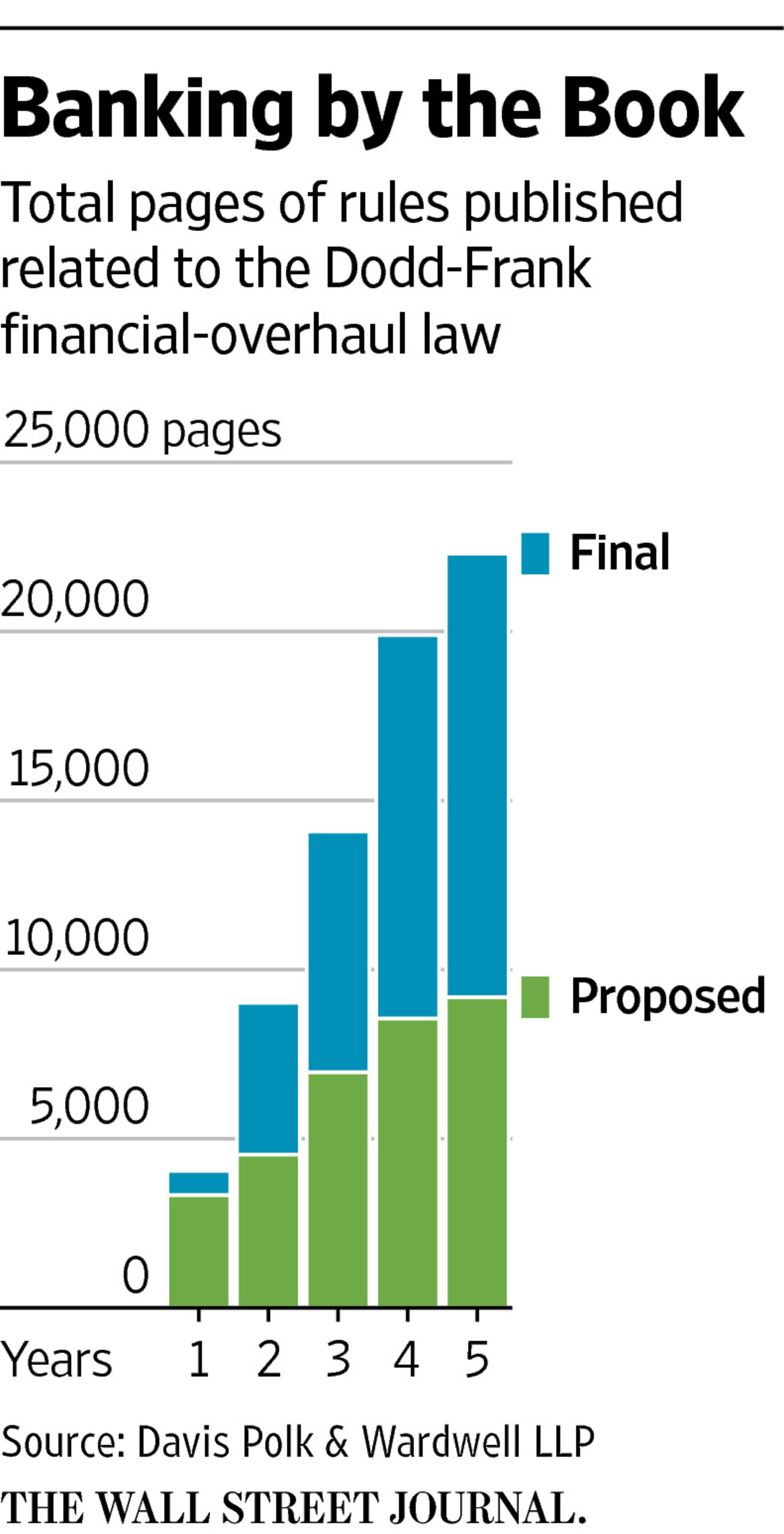 Crime of the Century: Meet the man who was arrested for defecating on a self-checkout scanner in a Cincinnati area Kroger.

Video of the Day: A Chinese detergent company recently posted an ad so offensive that government officials felt the need to apologize to an entire race.

Yelp Review of the Century: If you don’t spend at least a little bit of time reading negative Yelp reviews, you don’t know what you are missing.  A woman left an extremely negative review of a restaurant in Washington DC, prompting the manager to write a reply accusing her of crapping herself in said restaurant and asking her not to returned until “you are potty trained.”

Sausage Fight: A sausage-wielding gang of neo-Nazis started a brawl at a vegan restaurant in the former Soviet state of Georgia.  None of my snarky comments could possibly be as funny as this excerpt from the article:

They pulled out grilled meat, sausages, fish and started eating them and throwing them at customers before starting to smoke, which is forbidden at the cafe.

When the owners tried to get them to leave a fight started and spilled into the street.  The cafe owners say neighbors, who are not happy with a vegan establishment being located there, joined in the fight.

You read that correctly.  The neighbors felt compelled to join in with a gang of neo-Nazis after the fight spilled out into the street because vegans really are that annoying.

One thought on “Landmark Links June 3rd – The Penalty Box”