Shorter Links today due to the Labor Day Weekend holiday. Also, some of you long-term readers might recognize the picture from last year….arguably our all-time favorite.

Lead Story… I’ve continuously heard comments over the past few years that, at some point interest rates need to revert to “normal.” In this case normal obviously meaning substantially higher than where rates are today. But what if we have the entire concept of “normal” wrong? This weekend, I read a thought provoking piece by energy investor Gregor MacDonald  which made a compelling argument that low rates are actually the normal state of affairs and that the exponential population growth of the past two centuries, brought about by new technologies like energy extraction from fossil fuels created the anomaly of high interest rates:

19th and 20th century growth and development was so transformative that it now constitutes our only available inventory of intellectual history, and (understandably) dominates our expectations. When will interest rates return to normal? Why are central banks not letting interest rates rise? And, look at all these awful policy decisions preventing growth? These sentiments are artifacts; signatures of recency bias and the availability heuristic. In an excellent post last year by Neil Irwin at the New York Time’s Upshot blog, Why Very Low Interest Rates May Stick Around, it’s gently pointed out that high interest rates, not low interest rates, are history’s anomaly.

Just something to consider the next time that you  find yourself in a conversation with a member of the “rates have nowhere to go but up” crowd.  The whole thing is very much worth a read.

Danger: The US mortgage market is still a hot mess but now it’s a nationalized hot mess.

Portal to Hell Discovered in SW US Desert: I can’t think of a single event that sounds less appealing than Burning Man. This years skirmishes between hippies and plutocrats/celebrities doesn’t help.

Yet Another Reason: Dogs can help reduce anxiety in kids.  IMHO, every dog needs a kid and every kid needs a dog.

If at First You Don’t Succeed: Jack Ma, founder of e-commerce giant Alibaba and China’s richest man was once denied a job at disgusting fast food chain, KFC.  Last week, he announced that he’s buying a part of it instead.

Where does your team fall on the College Football Grid of Shame? 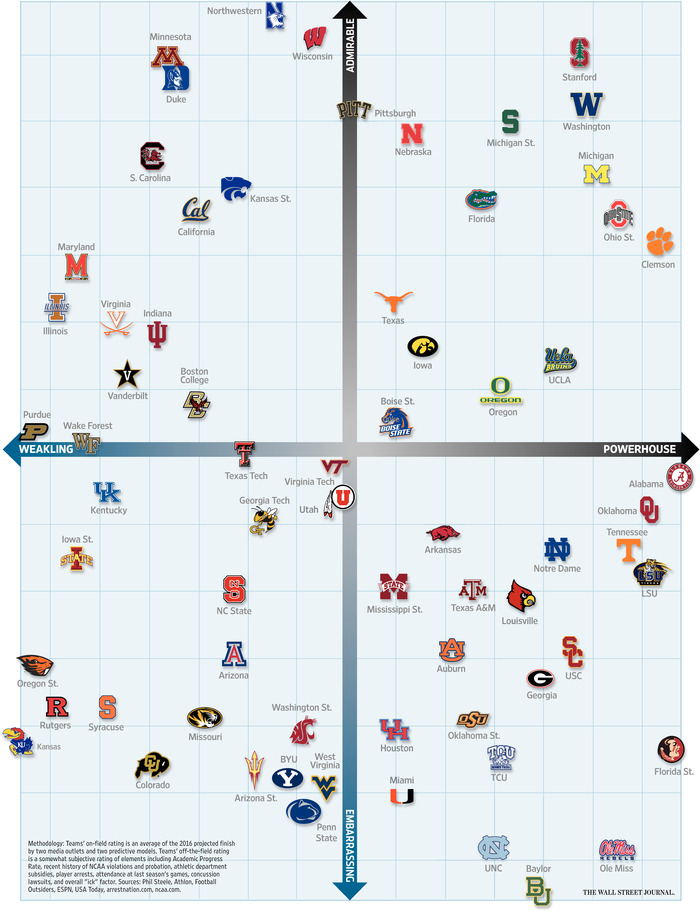 Closing the Deal: A real estate agent near Houston recently sold a home.  This wouldn’t be news except that the night after the transaction closed she brought her boyfriend to the house for a late night rendezvous.  Unfortunately for them, the neighbors thought that the house was being robbed and called the cops who caught her and the boyfriend in the act.  Safe to say that the buyer probably won’t be using her services again.

Landmark Links September 6th – Not As It Seems