Lead Story…. A bit short on time this week so I’m going to outsource the lead story.  Joe Bosquin of Builder Magazine wrote a wonderful summary about how California priced itself out of the market for entry-level home buyers titled The Unintended Consequences of Law. Spoiler: it has everything to do with Prop 13 and CEQA.  Bosquin’s piece as good as an explanation for our absurd housing prices in the Golden State as you will find.  Yours truly gets a bit more than a quick mention and they included an article  that I had written for Builder (and Landmark Links) back in May about why our impact fees are so high compared to the rest of the country.  By the way, the non-partisan Legislative Analyst Office published a piece in September in which they confirmed my thesis about the relationship between Prop 13 and impact fees.

Here’s an excerpt from Builder but you should really check out the entire article.  It’s a quick and easy read even if you aren’t a housing and development nerd:

According to a widely referenced 2015 report from the California Legislative Analyst’s Office (LAO), the Legislature’s nonpartisan fiscal and policy analysis arm, since 1980, California has built half of the housing units it needed—about 100,000 per year—to keep up with demand. And that’s just in aggregate. In high-demand locales like the San Francisco Bay Area and Los Angeles, the housing deficit is even greater. “Most of California’s coastal counties needed to build three times as much (or more) housing as they did,” the report claims.

Stated differently, during the past 36 years, California did not build the additional 3.6 million homes that it needed to keep its skyrocketing prices in check. To put that number in perspective, it would take the collective efforts of every home builder in the country, building nonstop at 2016’s projected pace of 1.26 million housing starts, three years to put a dent in the state’s problem.

The report concludes that NIMBYism, local communities’ lack of financial incentives to approve more housing, and anti-growth proponents who go to daunting lengths to block development have contributed to the problem, as well as more inveterate challenges such as a scarcity of suitable land along the coast and an ever-increasing population.

The LAO report found that the average cost of homes in California is two-and-a-half times higher than the rest of the country, and rents are 50% higher. It also points to evidence that high housing costs were making it difficult for companies to recruit employees, even in Silicon Valley, and threatened the state’s jobs base. Other reports that came out in its wake highlighted a net migration of 625,000 people out of the state from 2007 to 2014, primarily among lower income earners, attributed to housing costs.

All of which leads to the question, how did California get to a place where it tacks $75,000 onto the cost of a new home in the midst of a housing crisis that’s eroding its jobs base and pushing the country’s most populous state into an unwinnable war of the haves and have nots?

First off, major thanks to Joe Bosquin for writing this.  Also, a big shout out to Kris Vosburgh, executive director of the Howard Jarvis Taxpayers Association for calling the rest of us who cited facts in the article “morons” after he apparently couldn’t counter the points that we had made on factual grounds.  I’ll wear that one as a badge of honor.

Glass Half Empty: The downside of our technology revolution is a lack of job creation.

Warming Up: Wage growth is now at the highest level that it’s been in a year but the stock market might not be thrilled.

Visual Representation: 27 fascinating charts that will change how you think about the American economy.

Useless: The WSJ surveyed economists and found that 59% believe that there will be a recession in the next 4 years.  For those not familiar with this sort of methodology, 4 years is an incredibly long horizon in which to forecast such things.  The incredibly-accurate Bill McBride thinks that we are in the clear for 2017 and likely 2018 as well (although he cautions that even 2 years out is too far to accurately forecast).

Bucking the Trend: While most benchmarks have remained low this year, LIBOR has climbed substantially mostly due to new money-market rules which could lead to an uptick in financing costs for commercial real estate.

Selection Bias: All of the Urban revival stories that you read these days are really about the amount of money flowing into urban centers than the number of people.

Viva Mexico: A condo boom in Tijuana, coupled with easier border crossing rules for regular commuters could help ease a housing shortage in San Diego….but is not without it’s risks to American buyers.

The First Step: The Federal Reserve has now acknowledged that we have a housing affordability crisis.  Admitting that you have a problem is the first step to recovery.

Pay For Play: For-profit college Devry University has finally agreed to stop using the bullshit claim that 90% of it’s graduates seeking employment found jobs in their field within 6-months of graduation.  The action came as part of a settlement with the Department of Education over misleading advertising.  That claim would be impressive (and improbable) if it was made by Harvard, let alone a lowly for-profit school that may or may not be a diploma mill depending on who you ask.

Foot in the Door: How Uber plans to conquer the suburbs by partnering with cities to ease parking congestion.

But First, Let Me Take a Selfie: Companies are starting to use facial-recognition apps that utilize smartphone snapshots to verify identity. 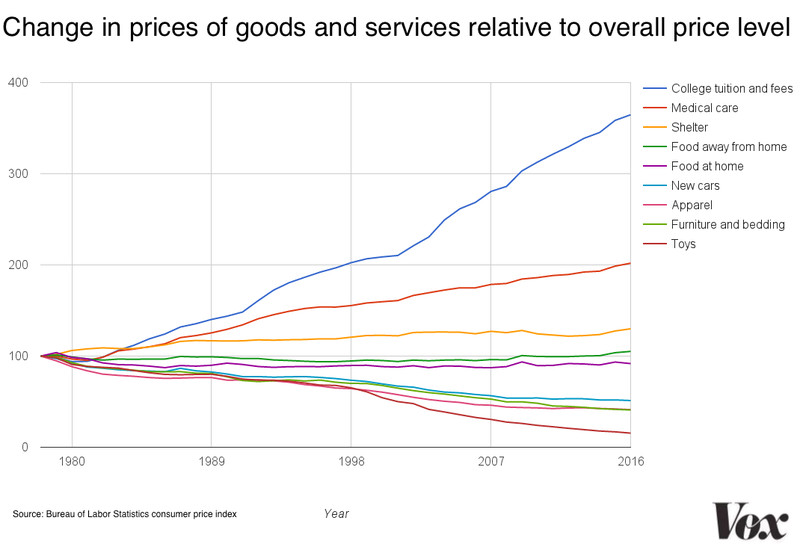 Hero: Regular readers know that I’m a sucker for a great headline.  Man ‘High on LSD’ Saves Dog From Imaginary House Fire is among the best that I’ve seen.

The Softer Side: That Russia is a bizarre place is pretty much self evident.  This new Vladamir Putin calendar featuring the Russian leader cuddling with kittens won’t do anything the change that perception.

Parent of the Year: A Pennsylvania woman has been charged with child endangerment after refusing to feed her 11-month old son anything other than fruit and nuts.  I’ve said it before and will say it again: veganism is a mental disorder.