The not-so-subtle implication in the quote above is that a lender can easily foreclose on a borrower who has borrowed a small balance and defaults without risking its own survival but faces a potentially existential crisis if a much larger borrower runs into the same problem.  During the last crash, a term was coined to describe this element of mutually assured financial destruction: too big to fail.

Regular Links readers know that I am not a fan of WeWork’s business model of signing long term leases and renting space to short-term tenants.  It’s the sort of business plan that generally looks great when the economy is booming and rental rates rise and terrible when the economy dips into recession and rental rates fall due to the nature of fixed leasing costs and variable revenues.  The catch here is that WeWork can’t turn a profit in 2018 (aka the best of times to lease office space) and even had to come up with a gross perversion of accounting standards called Community Adjusted EBITDA in order to justify how it could theoretically make money during the company’s first bond offering earlier this year.

So, what is WeWork’s endgame (aside from using massive sums of venture capital investment to subsidize beer for it’s hipster tenants)?  The answer is became a bit more clear to me after I read a recent Wall Street Journal article about how WeWork has become the largest occupier of Manhattan office space with a whopping 5.3 million square feet of office space and it’s a variation of the Getty quote at the beginning of this post.

If a relatively small tenant defaults on a lease with a large landlord, the building owner can either evict them or work with them to amend the lease.  Either way, the tenant default is little more than a minor inconvenience to the landlord.  Now imagine that a tenant has millions of square feet of office space with a large landlord in a given market.  A default from such a tenant could be catastrophic to the landlord as well as their lenders.  The landlord is highly likely to negotiate a lease modification because not doing so and risking millions of square feet of vacant office space would essentially seal their fate.  Meanwhile, WeWork can sit back with their billions in venture capital backing and negotiate from a position of strength since their corporate lease guarantees typically only run through the early years on their leases.

If this is true, WeWork is making themselves too big for their landlords to allow them to fail.  If I’m correct, one of the benefits of massive, VC fueled growth is the ability to leverage size into a more advantageous position down the road.  It wouldn’t surprise me if this is key unspoken part of WeWork’s business plan since its been very clear to anyone paying attention that they can’t turn a profit otherwise.  It also helps to explain the massive growth in light of clear signs that organic tenant growth may be topping out in the co-working space. The Wall Street Journal article that I referenced earlier contained an interesting aside about the downfall of Regus PLC – a predecessor to WeWork during the 2001 tech crash:

WeWork and its peers are typically on the hook for fixed rents of 10 to 15 years, but their subtenants can bolt after only a fraction of that time, potentially leaving co-working companies stuck with empty space for long stretches.

That’s what happened in 2001 to Regus PLC, a Europe-based flex-space company now known as IWG, which grew rapidly during the dot-com boom before its rents and occupancy levels plummeted during the bust. Its U.S. arm ended up filing for bankruptcy protection in 2003.

Perhaps Regus’ real problem was not that it grew too rapidly but rather that it didn’t grow rapidly enough to force landlords into an existential crisis where they would have to come to the table to re-negotiate rents in a weakened negotiating position?  I suspect we are going to find out the answer when the next recession hits.

Out of Stock: Retailers are having a difficult time attracting seasonal holiday workers this year in a tight economy, meaning that they will likely have to offer perks like profit sharing and paid time off.

Still Going: US jobless claims have fallen to a 49-year low for the third straight week.

This Was Inevitable: Amazon reportedly is planning to build several multi-story distribution facilities throughout the United States.  See Also: Amazon wants to open up 3,000 cashier-less stores by 2021.

Size Matters: Och Ziff is in the process of raising a $2 billion real estate fund, its largest to date.  As previously stated with Blackstone, this is an interesting raise given the common critique that there is already too much money chasing too few deals.

Stand Off: The developer who bought the rundown Vallco Mall in Cupertino is planning on redeveloping the site into a large residential, office and retail development.  As you can imagine, NIMBYs in Silicon Valley are not happy about it and are threatening a lawsuit and voter referendum.  However, the project will effectively be the first major test case of SB 35, a state law passed last year that forces cities to green light residential and mixed-use projects that meet certain requirements.  Needless to say, this could get interesting.  Update: Cupertino approved the development after a complete circus of a hearing.

Onward and Upward: Mortgage rates are now at seven year highs and closing in on 5%.

Looming Debacle: This is what we are facing in November despite the fact that no credible economist on either the left or the right has studied rent control and concluded that it actually brought housing costs down in markets where it has been implemented.  Welcome to California:

It is almost assured that Proposition 10 will pass, and the state of California will become a free for all with different, complex and in many jurisdictions, nonsensical rent control policies. It will be up to individual cities and counties as to whether they want some, all or no rent control and how relaxed or draconian the various rent control provisions will be.

Life Comes At You Fast: Speculators are now taking aim at high-flying cannabis stocks as crypto-mania continues to deflate.

Bold Move: Buying distressed Lehman debt 10 years ago was an incredibly bold move at the time but has resulted in huge profits to distressed funds.  But See: The side pocket zombie hedge fund stakes that have haunted investors for a decade.

Take it to the Bank: Inside the NFL’s incredibly profitable existential crisis. 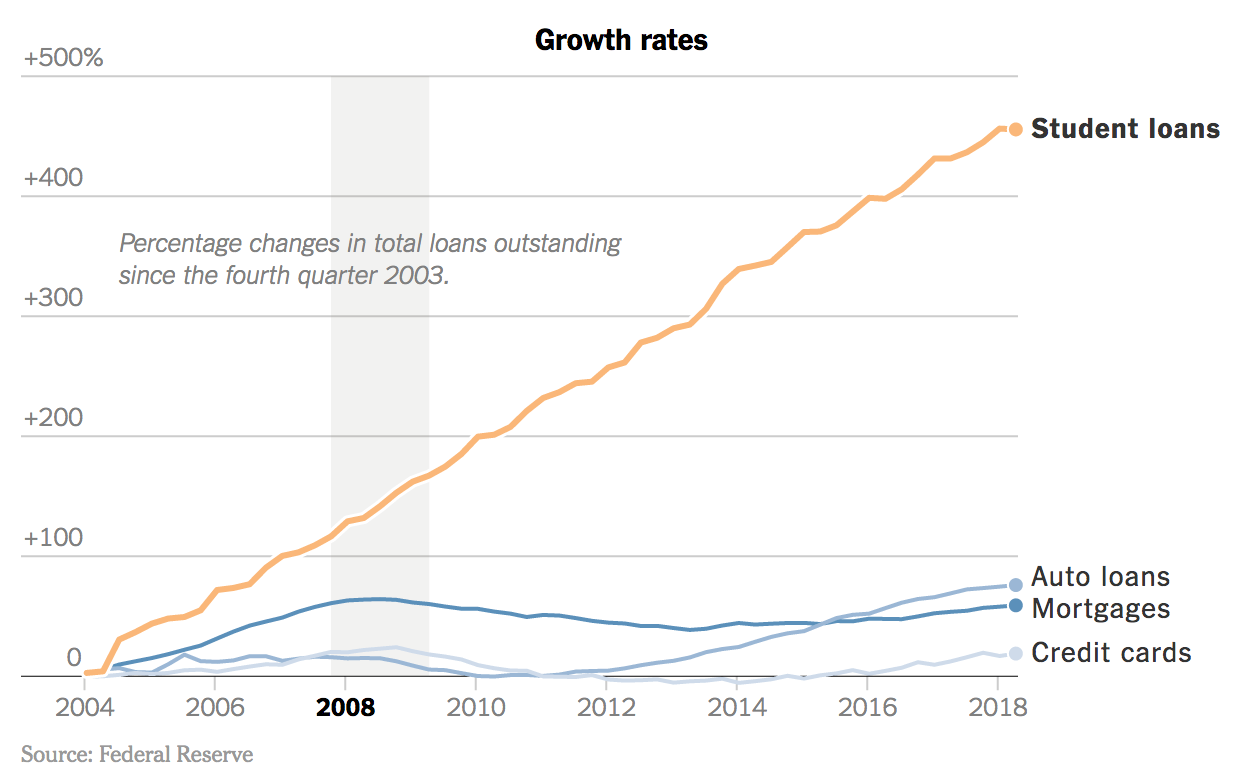 Don’t Mess With Texas: A great grandma, shot and killed a 580 lb 12-foot long alligator after it ate her miniature horse because Texas.  She now plans to make it into boots.  This woman is a national treasure.

JackPot: Giant bundles of marijuana have been floating up on beaches after hurricane Florence and swimmers are fighting over them because Florida.

Rekt: Watch the University of Colorado’s mascot shoot himself in the nuts with a t-shirt cannon, pass out and then get carted off of the field.

One thought on “Landmark Links September 21st – Too Big to Fail?”