Must Read: California State Senator Scott Weiner wrote SB 50 in an aim to increase home building near mass transit.  It was one of the better and more ambitious plans to spur much-needed new construction in the state, in large part by directing growth toward urban areas.  In a sign of division within California’s Democratic party, lawmakers representing the state’s urban centers supported the bill while legislators from suburban areas opposed it and ultimately blocked it without even bringing it to vote.  As with most anti-growth legislative results in California, the result was disappointing, if not shocking.

Dumb Money: One warning sign of a financial bubble is the arrival of nontraditional investors with enough buying power to skew valuations.  In this regard, Saudi Arabia’s tech investments in richly valued companies – mostly through SoftBank – are a major economic red flag.  See Also: Soft metrics that may be pointing towards a major tech bubble.

Muted: Spending shifts towards services rather than goods mean that the impact of the latest round of trade ware tariffs will likely be modest when it comes to inflation.

Upgrade: For decades, industrial was the ugly sister in commercial real estate with boxy buildings and little architectural appeal.  Now that is changing thanks to growth in the demand for creative space and a shift from manufacturing to warehouse/distribution, both of which have led to more aesthetically pleasing designs.

Gaining a Foothold: The US modular construction business has doubled in size to $8 billion over the last five years as it gains traction in the healthcare, industrial, education and multifamily sectors.  However, issues with execution and financing still remain.

No Frills: How a cheap, brutally efficient German grocery chain is upending America’s supermarkets and beating Walmart on prices.

Castaway: Homelessness and housing affordability have become such big problems in San Francisco that waters outside the city are increasingly crowded with people living on decrepit makeshift boats.

Up-Market: To date, so-called iBuyers have focused mostly on lower priced homes.  However, new boutique players are entering the business and taking aim at a different segment – the high end.

Boss Move: Billionaire VC Robert F. Smith gave the commencement address at Morehouse College on Sunday morning after receiving an honorary doctorate.  During the commencement speech, he announced that his family had given a donation to the University to pay off the debt of every class of 2019 graduate.  First off, this story gave me goosebumps.  Second, imagine being another billionaire slated to give a commencement address in the next few weeks after that gauntlet has been thrown.

Overdone: By avoiding public markets for so long, Uber missed out on critical feedback on its progress that fawning private investors either couldn’t or wouldn’t provide.  Now it is paying the price.

Beat the House: The story of a WWII refugee professor who figured out how to beat the odds in roulette and walked away with a fortune. 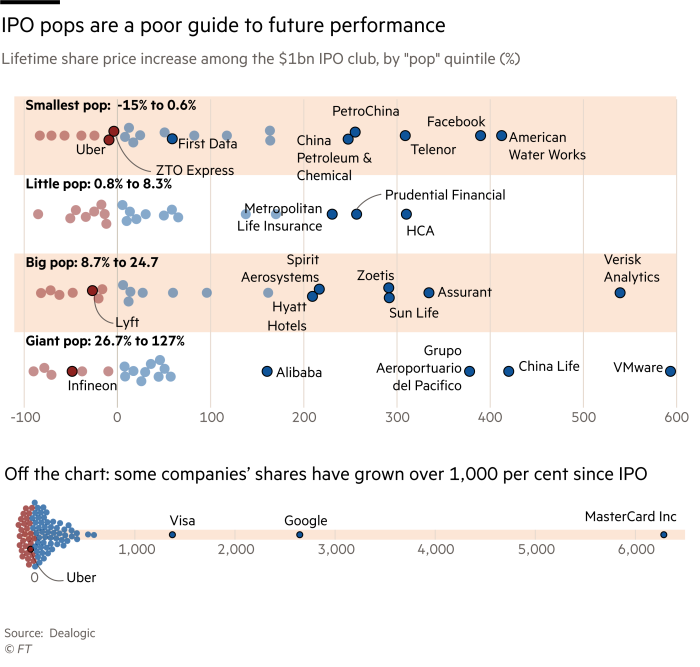 What a Way to Go: A fisherman in Nigeria was killed while fishing with his brother when a giant crocodile bit off his penis.

I Hope It Has Good Plumbing: Taco Bell is opening a themed hotel and resort that includes the option to have a Taco Bell themed wedding because no one ever went broke underestimating the taste of the American public.