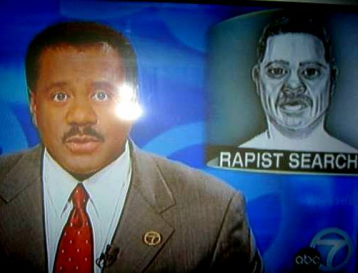 Lead Story….  There are two types of correct forecasts.  The first type is the broken clock forecast.  It consists of someone predicting the same thing over and over again, and being mostly wrong and occasionally correct.  Nobel laureate Paul Samuelson’s “The stock market has forecast nine of the last five recessions” quote comes to mind as do all of the folks that have been telling us that “interest rates have nowhere to go but up” since 2009. Taking advice from anyone who makes these types of predictions is useless at best and possibly detrimental.  The second type of prediction is data based and not subject to the author’s biases.  There are very few people who can pull this sort of clear minded analysis off.  Bill McBride of Calculated Risk comes to mind as does reigning bond king Jeff Gundlach of DoubleLine Capital.  Today I want to focus on Gundlach who has correctly predicted every presidential election result since 1972.  What made this year unique even by Gundlach’s standards is that he predicted that:

Today, I want to focus on Gundlach and why he got both of these forecasts right when so many others were incorrect.  Robert Huebscher of Advisor Perspectives published a post earlier this week called How Gundlach Predicted Trump’s Victory  I’m going to post it in it’s entirety today since it contains a lot of terrific insight on Gundlach’s methodology as well as some valuable commentary about where we are headed next:

by Robert Huebscher, 11/16/16
Jeffrey Gundlach was the only prominent financial professional to predict Donald Trump’s victory. Yesterday, he revealed how he made that call.
Gundlach is the founder and chief investment officer of Los Angeles-based DoubleLine Capital. He spoke to investors via a conference call on November 15. Slides from that presentation are available here. The focus of his talk was DoubleLine’s asset-allocation mutual funds, the Core Fixed Income Fund (DBLFX) and the Flexible Income Fund (DFLEX).
Gundlach predicted Trump’s victory in early January, before the primaries started. He said that he has predicted every presidential winner since 1972 – 12 in a row, but that this call was the first before primaries began.
How did he know Trump would win and stay convinced of that prediction?
It was “pretty simple,” Gundlach said. He identified which candidates were the worst. He does not look at the ideology of the nation or the candidates’ rhetorical strengths, he said. He figures out which candidates have the most glaring weaknesses.

Hillary Clinton was a uniquely bad candidate, he said, because of her failure to beat President Obama in 2008, followed by her problems with the email server and a “basic lack of honesty.”

Why did Trump win? Gundlach said that people felt abandoned by the economy, with the median worker having suffered low or negative wage growth since 1973. This came while the top 5% realized a 51% real increase in their purchasing power. He said that the corresponding increase for the top .01% was so large it would have “blown the scale” of his graph.

“The ownership of wealth has shifted,” Gundlach said. “But those trends are about to reverse.” Gundlach said that wealth inequality will decrease.

A big contributor to Clinton’s defeat was the release of the Obamacare data on November 1, Gundlach said, which showed a “massive” increase in premiums. He said that those responsible for scheduling that release must have expected a great piece of news, not the negative “shock” it actually delivered.

Gundlach commented on what the election result means for the markets and specifically how investors should position their bond portfolios.

The markets are confused

“The markets remain completely confused as to what will be the trend direction from the election,” he said.

As evidence of that confusion, he said he was struck by the many pundits who called for a crash and global depression following Trump’s victory; many of them, Gundlach said, now claim Trump is great for stocks.

Trump does not have a “magic wand” to offer instantaneous improvement for the economy, Gundlach said. Investors should expect a bumpy ride while Trump strives to deliver on his promises, he said.

Gundlach has been warning against a rise in interest rates. He turned negative in July, when the 10-year bond was yielding 1.35%; it is now just over 2%.

An interest rate rise will not be positive for the economy or the housing market, he said. Monthly mortgage payments are already up 15%, he said, and could go up 20-25% relative to their mid-year levels. Median rents have been “skyrocketing” and renters have had a “horrible decade,” Gundlach said; those benefits in the housing market have accrued to homeowners.

“That is not positive for the psyche of the middle class,” he said.

Nor will Trump’s victory be positive for consumer spending in the short term, according to Gundlach. Trump’s supporters are not economically in a position to spend.

Gundlach warned against overanalyzing the effects of Trump’s ascendency. Since 1988, the same institutions have been in place, he said, with politics dominated by the Bushes, Clintons and Obama. “The trends of the past 28 years cannot be relied upon,” he said.

Gundlach was emphatic about one group of stocks. He said to “avoid the FANGs in a big way” – Facebook, Amazon, Netflix and Google. “It is not a good idea to bet on ideas whose trends are correlated to things that won’t continue,” he said, especially since the market had priced a Clinton victory into the prices of those stocks. Instead, he said to overweight financials, materials and industrials “for the quarters to come.”

Silicon Valley put a lot of money behind Clinton, he said. The irony is that Trump would have lost if not for Twitter, according to Gundlach.

“The people who hate Trump the most were responsible for his winning the election,” he said.

The recession and inflation forecast

Gundlach said the probability of a recession has increased based on his indicator, which measures the unemployment rate relative to its historical moving average. But he did not say a recession is imminent.

He was more focused on the prospects for higher inflation.

Inflation measures, including hourly earnings, the core CPI and core PCE, have “bottomed out,” he said. They are all moving higher, as well as the internet-based Pricestats inflation gauge. In July, the market was predicting 1% inflation “forever,” Gundlach said; now it is saying that outcome is impossible, and inflation will likely be above 2.5% by April.

Where rates are heading and will the EU will break up

Gundlach offered a number of forecasts across the asset-class spectrum, as well as a prediction for the future of the European Union.

Gundlach is “somewhat neutral” on gold over the short term and not as positive on it as he was at year end. He advocated “paring back” gold holdings.

He said he was positive on the dollar from 2011 until mid-2015. Now he is positive again, and said the dollar will “move to higher levels.” The dollar has been a leading indicator of Treasury rates, according to Gundlach. With the dollar at a high level, he advised against buying bonds until the 10-year Treasury reaches 2.30% or 2.35%.

But he said he has “relaxed” the “negative sentiment” he had on interest rates in July. He said he is less likely to forecast higher rates now, but is not predicting an instantaneous reversal of yields to the downside.

“The 10-year yield is higher than its average the past five years,” he said. “This is not my definition of a bull market.”

Has said that the 10-year yield could be 6% in five years, but this is not necessarily negative for bond funds. It depends, he said, on how those funds are positioned and the path that rates take to get to a higher level. Some funds, he said, will do fine reinvesting their coupons at progressively higher rates.

The cash flows from bonds go up when prices go down, he said, whereas when stocks drop in price it is because of unfavorable earnings or economic news, which can lead to dividend cuts.

“There are a lot of reasons to be less negative on Treasury bonds than we were four months ago,” he said.

Virtually all other sectors of the bond market are “on the rich side,” Gundlach said, including mortgages, CMBS, corporate bonds (including junk bonds), leveraged loans, emerging markets and municipals. He said the worst thing to own are 30-year corporate bonds.

If you want to own fixed income, he said to “play it in Treasury bonds.”

At the end of the question-and-answer period, he was asked whether he expects another Brexit event and whether the Eurozone would collapse.

There will be another exit, he said, but he doesn’t know which country it will be.

“There is never one cockroach,” Gundlach said.

Jeff Gundlach has proven time and again that he is not a broken clock.  Ignore at your own risk.

Overshoot?  Has the post election bond sell off that led to higher interest rates gone too far?

Welcome to the 21st Century: US Manufacturing is about to get more high tech but still has a ways to go.

Trouble: US consumers are increasingly defaulting on loans made online.  It seems that startups that aimed to revolutionize the banking industry underestimated the risks involved in consumer lending.  Color me shocked.

Evolution: Co-working company WeWork which has soared to a $17 billion valuation by leasing space from landlords and then renting it out at a higher price.  However, newcomers in the space look a lot more like hotel operators where landlords pay co-working operators a fee and keep most of the profits, reducing the operators risk profile.

The Tax Man Cometh: Vancouver, BC seems hellbent on cratering their housing market.  Earlier this year they introduced a 15% surcharge on home purchases by foreign buyers that drove transactions off a cliff.  Apparently, that wasn’t enough because now they are adding a new tax of C$10,000 a year that will be charged to homeowners who let their homes sit vacant.  Those who lie about whether their property is occupied or not will be fined C$10,000 a day, or $7,425, U.S.  In related news, Seattle is looking really, really good to a lot of foreign buyers right about now.   See Also: Why the world’s largest real estate binge is coming to a city near you.  And: As markets waver, the rich are parking money in luxury homes.

Exodus: Data analysis firm CoreLogic found that for every new home buyer coming into California, another three are selling their homes and moving somewhere less expensive as we’ve effectively priced out the middle class through restricting development.

No Privacy: Bathrooms with a view (for both you and potentially your neighbors) are a  hot feature for luxury condo units.

Flying High: Drones are evolving from military to business tools and the potential market could be massive.  FYI, the graphics in the linked report from Goldman Sachs are incredible.

Yuge Infographic of the Day

Dirty Money: A Royal Canadian Mint employee (allegedly) smuggled $140k of gold and sumggled it out by shoving it where the sun don’t shine.

Ramen Rampage: An ex con was arrested for domestic battery after striking his live-in boyfriend with a cup of ramen noodles, because Florida.

Mug Shot Competition: Former Oregon football player arrested for theft and a man who was terrifying El Segundo with a turbo charged air horn are locked in a fierce battle for Mugshot of the Week.